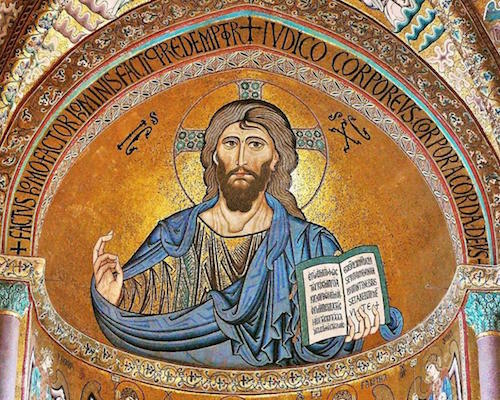 “If we make an image of God who in His ineffable goodness became incarnate and was seen upon earth in the flesh, and dwelt among men, assuming the nature, density, form, and color of flesh, we do not go astray.”

“I worship the God of matter, who became matter for my sake, and deigned to inhabit matter, who worked out my salvation through matter. I will not cease from honoring that matter which works my salvation. I venerate it, though not as God.” St. John of Damascus

The Seventh Ecumenical Council dealt predominantly with the controversy regarding icons and their place in Orthodox worship. It was convened in Nicaea in 787 by Empress Irene at the request of Tarasios, Patriarch of Constantinople. The Council was attended by 367 bishops.

The name of this Sunday reflects the great significance which icons possess for the Orthodox Church. They are not optional devotional extras, but an integral part of Orthodox faith and devotion. They are held to be a necessary consequence of Christian faith in the incarnation of the Word of God, the Second Person of the Trinity, in Jesus Christ. They have a sacramental character, making present to the believer the person or event depicted on them. So the interior of Orthodox churches is often covered with icons painted on walls and domed roofs, and there is always an icon screen, or iconostasis, separating the sanctuary from the nave, often with several rows of icons. No Orthodox home is complete without an icon corner (iconostasion), where the family prays.

Icons are venerated by burning lamps and candles in front of them, by the use of incense and by kissing. But there is a clear doctrinal distinction between the veneration paid to icons and the worship due to God. The former is not only relative, it is in fact paid to the person represented by the icon. This distinction safeguards the veneration of icons from any charge of idolatry.

The theme of the victory of the icons, by its emphasis on the incarnation, points us to the basic Christian truth that the one whose death and resurrection we celebrate at Easter was none other than the Word of God who became human in Jesus Christ.