Your identity is Christ

September 27, 2017
The Universal Elevation of the Precious and Life-Creating Cross of the Lord

In the name of the Father, the Son and the Holy Spirit!

In the epistle reading today for the Exaltation of the Cross, St. Paul states: “For the preaching of the Cross is, to them that perish foolishness; but unto us which are saved, it is the power of God.”

For those of us who are regulars here at St. Nicholas, this fact about which St. Paul speaks is well known.

I have spent quite a bit of time lately in my sermons pointing out examples of how the wisdom of God is foolishness to the world. And the last time Metropolitan Jonah was here, he made a very simple, but direct, statement on this topic of the cross when he said, “when we take up our cross, expect to be crucified upon it.”

According to the world, our existence should be managed to avoid conflict and inconvenience. Yet, we know from experience that so many of our obligations—as Orthodox Christians, in the spiritual life—are quite inconvenient; we’ve all established, confirmed, and verified that. We live it; at least we try to. And it’s not easy.

But, here’s the good news! While we are called to crucify ourselves on the cross, we must always remember that our sins are also nailed to the cross! This fact should cause us great joy when we actively engage in self-examination, and ultimately, self-crucifixion. Because when we dredge up and expose our darkest passions, and become disgusted with ourselves, we should always remember that we need to complete our crucifixion by nailing our sins to the cross of Christ. And we do this by asking—and receiving—forgiveness of our sins.

This should be for us a wellspring of joy, because if we ask Christ to forgive us, we will receive forgiveness! And with His help, we will proceed on the journey of repentance, carrying our cross! Indeed, this should cause us also to dig deeper in repentance and self-examination because this is the process for us to purge ourselves of our sins and passions.

But unfortunately, in the process, I think that we don’t allow ourselves that medicinal joy as often as we should—the joy that comes when we truly perceive that our sins, once forgiven by Christ, once nailed to the Cross, are as far from us as the East is from the West, and are blotted out—making our souls white as snow, just as we are when we come out of the baptismal font.

And I think the reason why we don’t allow ourselves to comprehend the depths of forgiveness is because often we can’t get past the spiritual trauma we experience from engaging in spiritual warfare, especially when we have fallen into sin in momentary defeat.

The key is that when we have been knocked down, we should not stay down.

St. Macarius of Optina says: “Do not allow the spark of discord and enmity to smolder. The longer you wait, the more the enemy tries to cause confusion among you.”

In other words, once we see our sins, we needn’t wallow in them. We need to get to confession and purge ourselves, and unburden ourselves.

St. Silouan, whose memory we celebrated a few days ago, says this about our falls into sin:

“Do not fall into despair because of stumbling. I do not mean that you should not feel contrition for them, but that you should not think them incurable. For it is more expedient to be bruised than dead. There is, indeed, a Healer for the man who has stumbled, even He Who on the Cross asked that mercy be shown to His crucifiers, He Who pardoned His murders while He hung on the Cross. ‘All manner of sin,’ He said, ‘and blasphemy shall be forgiven unto men,’ that is, through repentance.”

Indeed, Elder Thaddeus of Vitrovnica says, “There is no sin that cannot be forgiven except the sin of not repenting.”

Having said all of that—what can be said to seal these words of encouragement into our hearts, so that we can tap this wellspring of joy? Well, I can’t think of a better truth than St. Paul’s words when he was pondering his own sinfulness. He said to the Romans:

“I don’t understand my own actions. For I do not do what I want, but I do the very thing I hate. For I know that nothing good dwells in me, that is, in my flesh. For I have the desire to do what is right, but not the ability to carry it out. For I do not do the good I want, but the evil I do not want is what I keep on doing. Now, if I do what I do not want, it is no longer I who does it, but sin that dwells within me.”

Here we have the golden key to our problem of not experiencing the joy of forgiveness. You see, St. Paul is absolutely not taking his sinfulness as his own identity. Indeed, he is seeing the sinfulness as a foreign intruder, as something separate from his true identity. Basically he is saying to his sinfulness, “that’s not me”!

Now, when we fall into sin it doesn’t mean we aren’t culpable—yet, we can see the profundity in St. Paul’s statement, and—I believe—there is a great deal of liberation that can come from this truth, if we can accept the reality of what St. Paul and many other fathers after him are saying here—especially the Optina elders.

In fact, I believe this attitude—understood properly in the context of our True Identity—which is Christ—can lead us to grasp the statements made by our saintly fathers, who all basically say that we should not wallow in our despair, but rather rush to the Cross—because the same cross that we carry as our struggle, is the very same Cross upon which Christ nailed our sins! 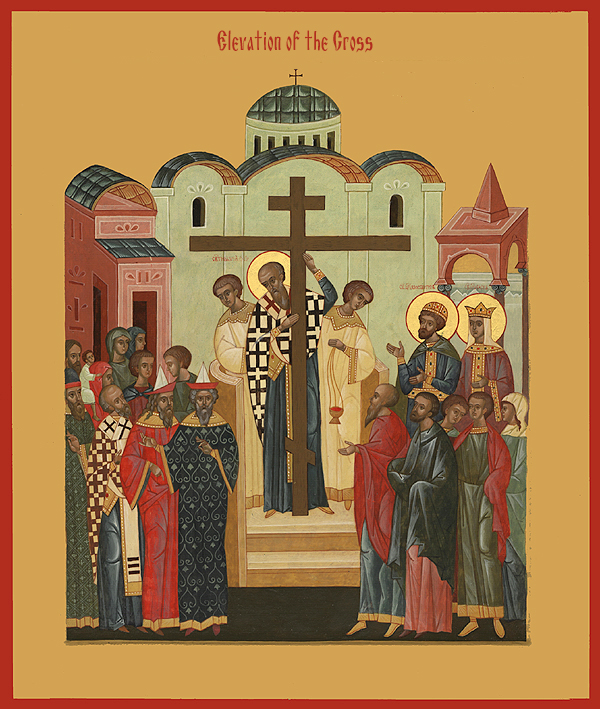